What is the graphical server protocol?

The graphical server protocol is used by both the server running as a service in a process separated from the client. Both client and server will exchange various messages to manipulate the diagram.

The server process can be used to manipulate various diagrams simultaneously. A client can be connected to multiple diagram servers too.

When the client is started it will request the state of the palette and the diagram from the server. Therefore, it will send a RequestToolAction, a RequestLayerAction and a RequestModelAction. 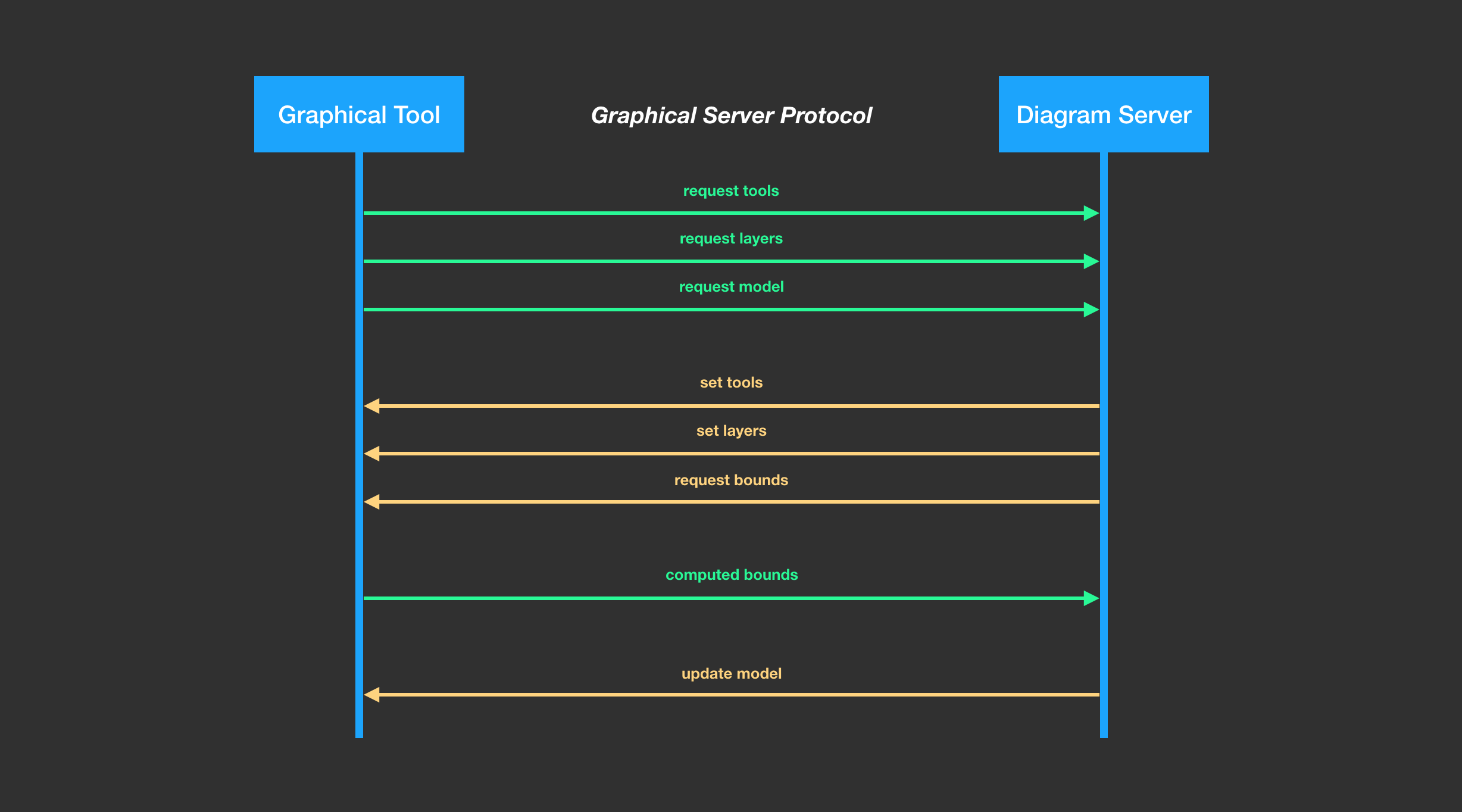 When a layer is toggled on or off, a ToggleLayerAction is sent to the server. The layer will compute the new state of the diagram and send back a RequestBoundsAction to help compute the layout as previously described and both a SetToolsAction and a SetLayersAction.

Both of these actions are sent by the server because activating a layer will have an impact on the state of the active tools and layers. 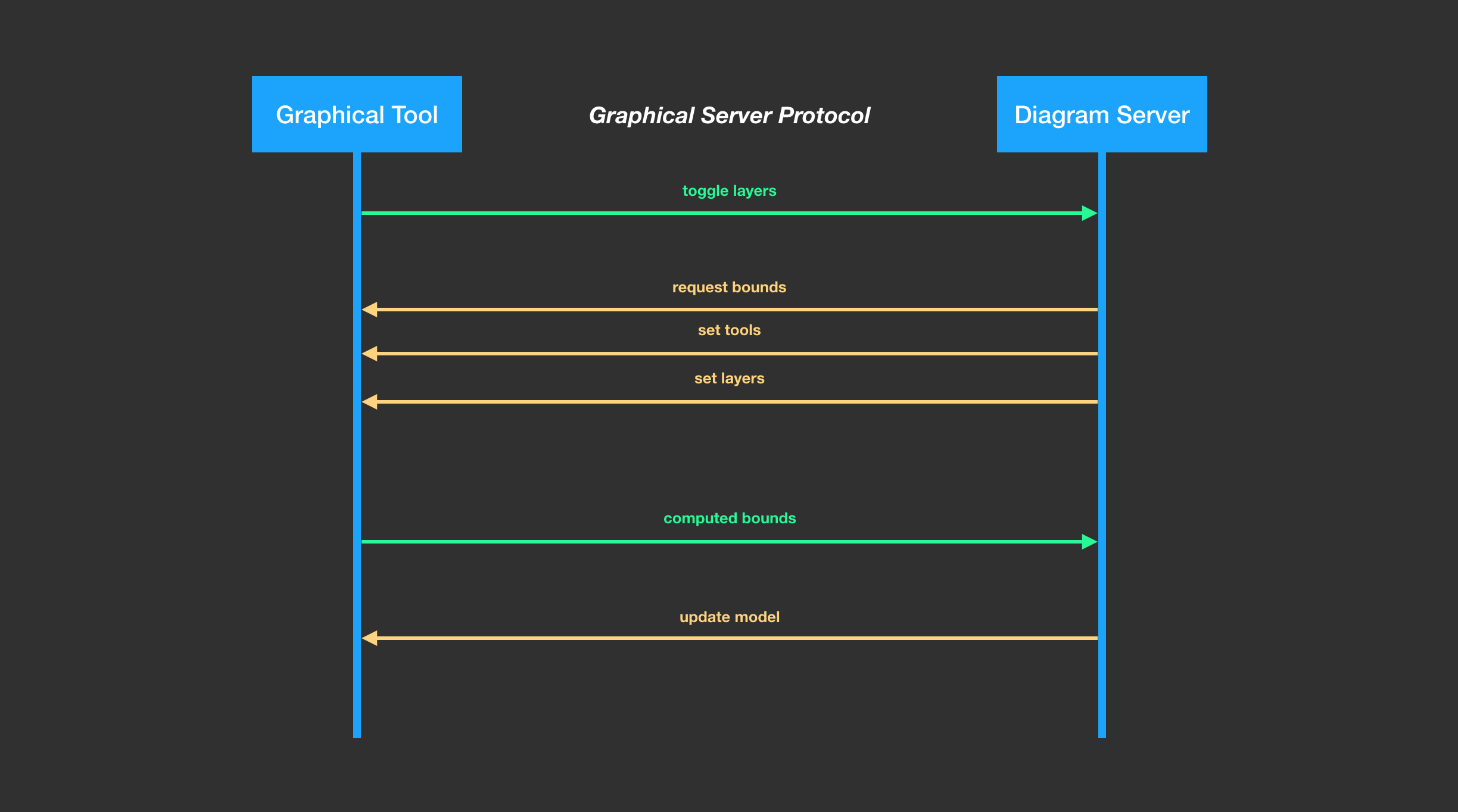 When a tool is used by the client, an action is sent to the server to perform the behavior of the tool. For example, to create a new node, a ExecuteNodeCreationToolAction is used. The server will compute the new state of the diagram, asking the client for the bounds of the elements to display and it will also send the new status of the tools. 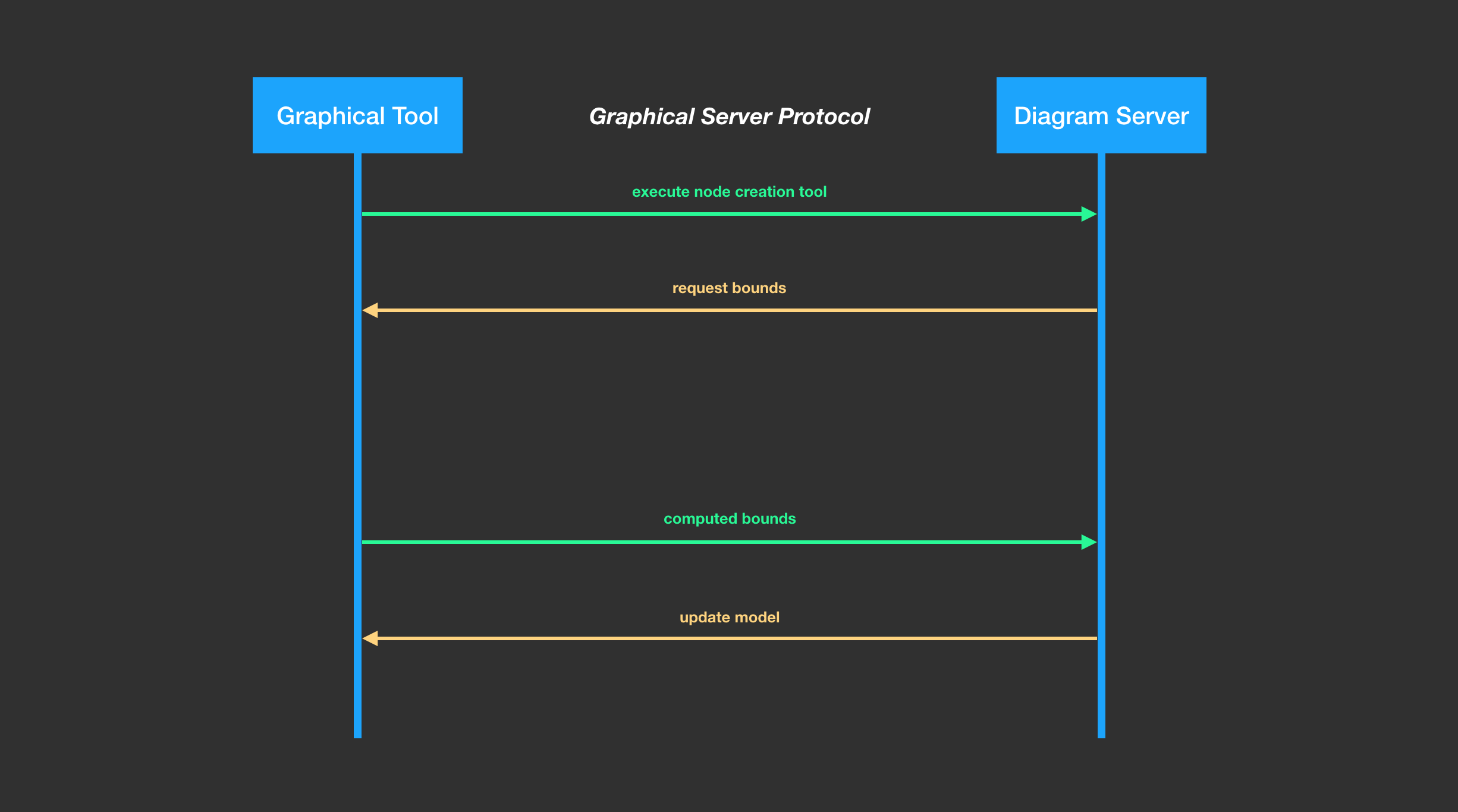